On February 7, 2019,  KABF’s It Could Be You and host John S received a special award from the Central Arkansas Re-Entry Coalition (CARE) for providing a voice to so many organizations involved with criminal justice reform and re-entry programs for returning citizens.  The award was given at CARE’s 2019 Award Luncheon.

CARE Director Leta Anthony presented the award on behalf of the many allied groups that make up the Coalition.

The award was made “In recognition of your dedicated service to the community supporting reentry”.

Before giving the award, Leta Anthony proudly stated, “There is a voice in the state of Arkansas that gets all over Arkansas, and I don’t know what we would do in getting our message out if we didn’t have KABF.”  These words produced warm applause from the audience.

She then called Neil Sealy, one of the directors of Arkansas Community Organization (ACO) and regular KABF participant, and John S to the front of the room.

She continued, “They opened up the airwaves for everyone to get their message out.”

Her next remarks were a surprise—that one of the highlights for so many people was “getting the joy of spending about an hour or so with John S.”

John S was not expecting to be singled out for an award, but many people representing many groups had decided he and KABF must be recognized for their dedicated work.

It Could Be You has been part of KABF’s schedule for almost seven years.  John S took over full producing and on-air duties from original host Robert K. Combs, who now spends more time with re-entry and homeless issues and has become an integral part of CARE and other activist-reform groups.

John S concentrates on contacting and interviewing 3 “categories” of persons and groups.  One “target group” involves talks with various social justice organizations, such as The Poor People’s Campaign, the Arkansas Citizens First Congress, and the ACLU.  Another category focuses on the persons and groups “who bring help to those who need it,” such as the Arkansas Hunger Relief Alliance, the Canvas Community, and Watershed.

The third category It Could Be You explores is criminal justice reform.  In this aspect, as with the other two, this program has discussed and will take on controversial topics, ranging from the death penalty and prison overcrowding to sex offender issues.

It Could Be You underscores KABF’s mission, “Giving a voice to the voiceless”.

KABF has remained fully supportive of It Could Be You right from its first program, placing only one rule for its format, for all guests:  “speak your mind”.

John S provides a welcoming atmosphere for all guests, whether he hosts in-studio conversations, telephone interviews, or in some instances a pre-recorded interview.  To date, John S has talked with people from all over Arkansas, and with various groups in at least 20 other states.  One phone interview was with a man in a California “civil commitment” facility.

More than a few guests have liked and appreciated their experience with It Could Be You so much that they are always glad to make return visits.

It Could Be You airs Wednesdays, 2-3 PM Central Time on KABF, “The Voice of the People”.  For anyone outside the KABF listening area, they can access the program at www.kabf.org, using the live streaming link.  For in-studio talk programs, if anyone wants to call to ask a question or share a story, call (501) 433-0088.

Previous programs are available on request.

To see the award presentation, access the following link: 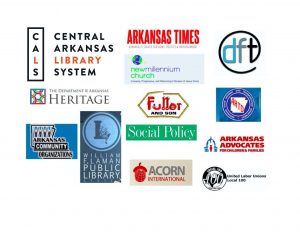